on a fleemarket (some of you say "rally") in Hamburg, I got hold of a complete mediumwave ship transmitter named DEBEG 7121, including full documentation. 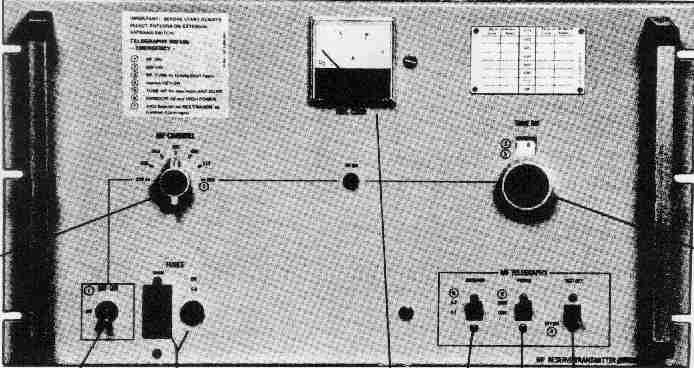 This "boatanchor" has got a beautiful large variometer inside. Looking at the schematics, it might be possible to convert it to longwave. Besides the oscillator (chrystals in the range of 5 MHz, divided by ten, resulting in seven channels between 410 and 500 kHz), most of the following modules look like
the broadband stuff we use for LF. Following the oscillator there is a driver stage using BD231/BD230 transistors to achieve an output of about ten watts. This stage is followed by two parallel PA modules using two BDY58 each in push/pull configuration. Those modules look very similar to the design  G0MRF uses. The output transformer has got three taps to be able to configure the system for antenna length between 12m and more than 50m, as stated in the documentation. 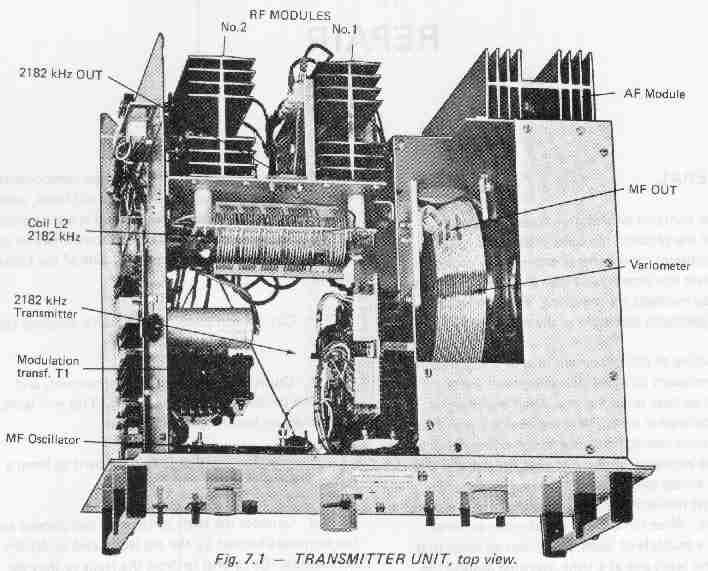 The following variometer is simply in series with the longwire antenna, a system that we on LF also typically use. An antenna current meter between the PA modules and the variometer allows to match the system for best output.

Interesting is the handwritten antenna current for various frequencies that were noted by the ship's radio operator when the unit was still in operation. With the main antenna, they achieved antenna currents between 6.25 and 7.25 Amperes! Considering the 130 Watts this transmitter delivers, this results in a loss resistance of about 2.5 Ohms, a value most of us only can dream about (I have got losses in the range of 100 Ohms!).

Besides this straighforward transmitter design, the unit also contains an AF module to allow to modulate the PA with a 730 Hz AF tone to achieve A2 instead of A1. The unit runs on 28 Volt at 18 Amperes max. in A2.

The transmitter was relatively cheap (80.- DM, around 40.- Euro) and more of them might show up, now, after most of the European authorities have decided to stop operation on 500 kHz. It might be worth looking for those units. I will keep you posted on successes or failures in getting this unit into operation on 136 kHz (btw: has anyone thought about asking for an allocation for the amateur service between 410 and 500 kHz? This might save me from converting this transmitter  ;-).

I unplugged the 500 kHz crystal oscillator and injected a 137 kHz signal from my usual DDS-synthesizer. Without retuning anything, I got a DC input into the medium-wave transmitter in the range of 50 Watts and an antenna current of a couple of hundred mA into my normal LF-antenna with the loading coil when transmitting A1. Changing to A2, the input value doubled (due to the power consumption of the build-in AF amplifier). The variometer of the Debeg 7121 was good for fine-tuning the antenna current.

The second device I got hold of on this fleemarket looks like a giant (60 lbs) synthesized SSB Exiter named "Schlumberger SSB 30". No documentation, but this thing produces an output  frequency that can be adjusted between 300 Hz and 32 MHz (!) in 1 Hz (!) steps. No documentation, so I have to find out what it does. Maybe an easy way to get an SSB (respectively AFSK, PSK31, Hell) signal produced on 136 kHz? Stay tuned, I will keep you posted.