As you might know, German hams are allowed to run a transmitter output power of 20 Watts only. I have compiled all signal strength readings that I took. Thanks to John, G3WKL I had the opportunity to present these observations during the LF Forum in Old Windsor. I think this depicts pretty much the signal strength situation that most of the DL stations are facing. The graph shows also our little signals in comparison to the commercials, DCF39 on 138.830 kHz, DCF42 on 129.100 kHz and DLF on 153.000 kHz. The strongest ham signal I ever received (- 85 dBu) is over 60 dBu weaker than DCF39 (-23 dBu). The signal readings were mad between April 1999 and today at various times of the day. All readings are referenced to a DCF39 level of -23 dBu, despite of changes of my own station in the meantime.

For conversion of dBu to dBµV/m for my receiving setup, have a look here

If you want to correlate the signals to your callsign, have a look into my logbook. 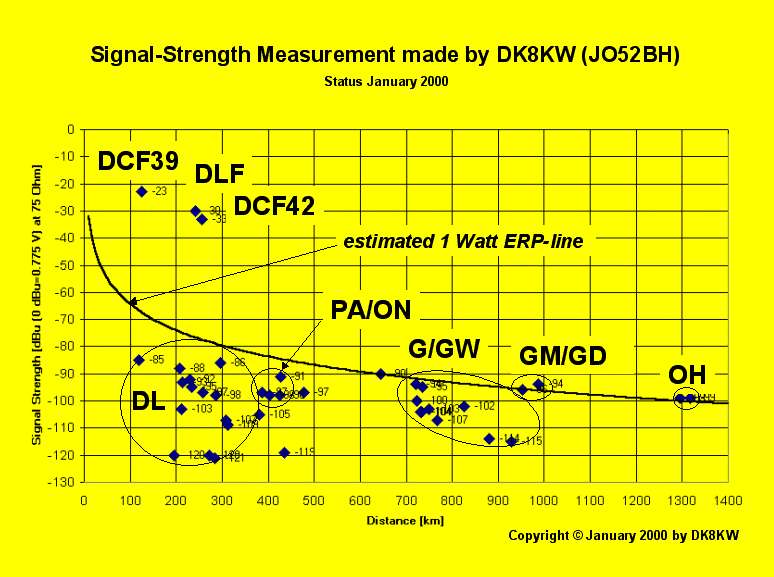 In January 2000, Dick, PA0SE has also made some very interesting field strength observations in January 2000. I have used his list and "normalized" his measurments to dBu (Fig. 2): 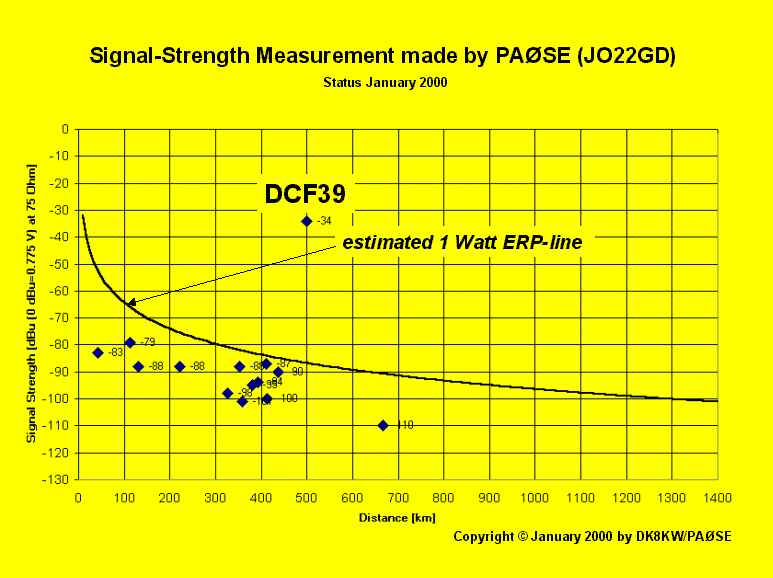 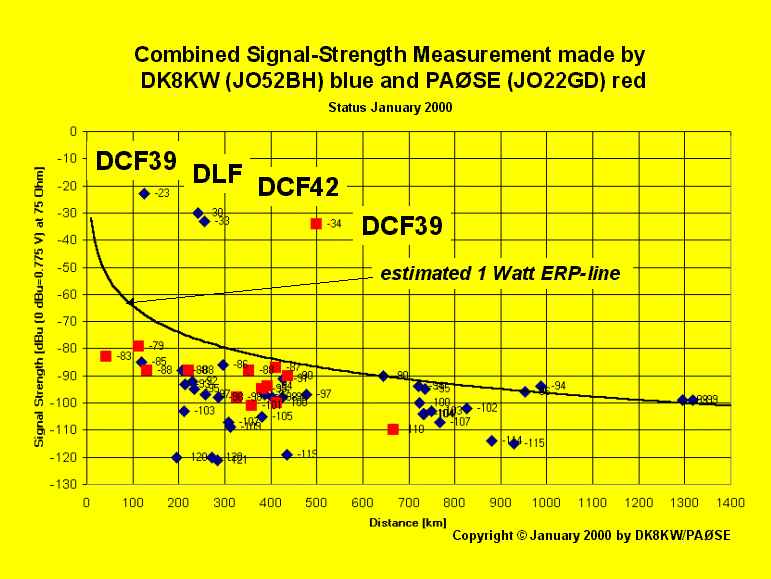 As a contribution to the "1 Watt ERP discussion", here you can decide yourself (Fig. 4): 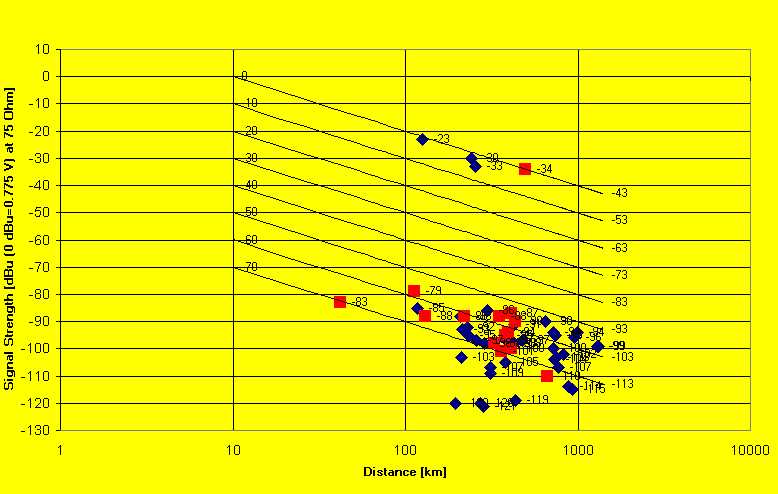